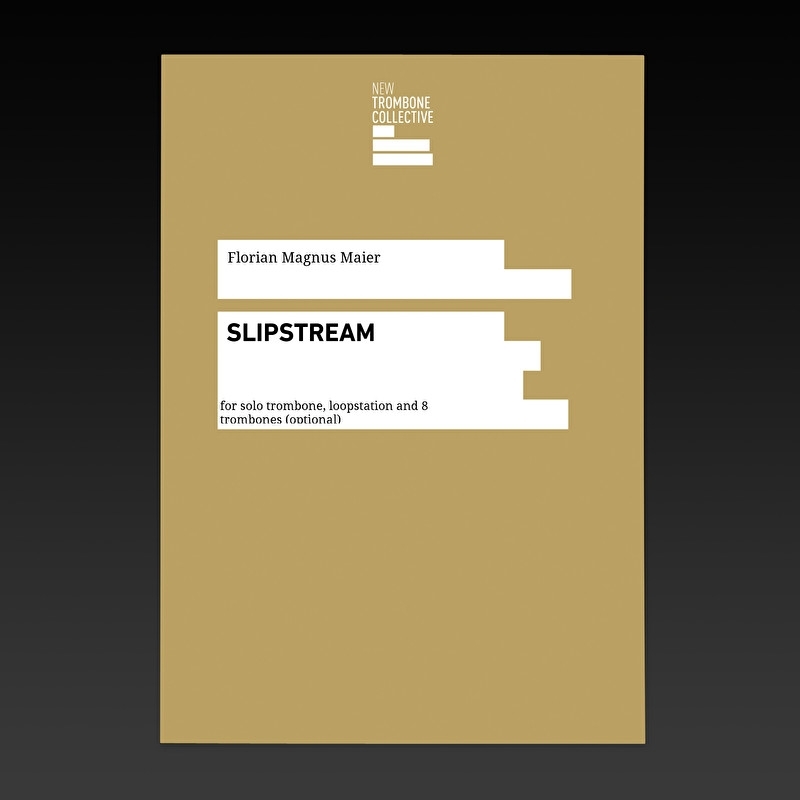 For:  solo trombone, loopstation and 8 trombones.

The original version is for solo trombone and loop station. (you can order this version here)

SLIPSTREAM is the next installment in a series of ensemble music written for single players. Besides the

advanced level of notes for the trombone, this piece requires a great deal of virtuosity and almost inhuman

precision in recording and controlling the loops - the soloist is at the same time his own band and DJ. Any

mistake or imprecision while recording will haunt the player till the end of the passage or piece. For this

reason, the player has to make sure he's ready to start and play every new loop flawlessly. It is much preferred

that the player wait one round of loops if necessary before continuing to the next passage, than rushing into

something he's not ready for. The player has to make the piece his own in that sense, and every player has to

find his own way in this. Of course, it is desired for the loops to succeed each other as seamlessly as possible,

but the player should always keep a relaxed and balanced mind while at the helm of this unusual piece.

This piece was written with the Boss RC-300 Loop Station in mind, but may be performed with any other,

similar device as long as it fulfills these requirements:

- some reverb on audio sum is desired